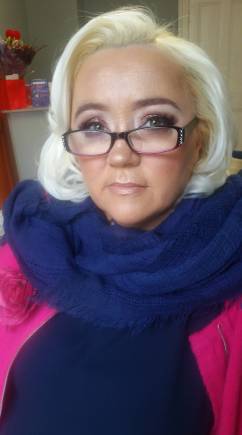 Emer Geraldine Majella Lawless was born in the border town of Dundalk in 1969. In her teens, she wrote a number of plays that were staged in the Dundalk Town Hall and went on to work as writer in residence to a local theatre company, and the Patrick Kavanagh Centre in neighbouring Inniskeen. Emer travelled continuously for seven years before moving to Dublin, starting out in New York, she explored most of Europe before living in India for a year. During Thatcher’s reign, she moved from country to country in a converted ambulance before becoming the mother of an exceptionally gifted young man with Adhd and Aspergers.

Having befriended a collective of first and second generation hippies, she went on to live in Dublin for six years. During which time she worked in Gill’s on the north circular road, the pub where Breandan Behan held his wedding reception and associated with the likes of Kavanagh, Casey and Joyce.

Emer worked as woman’s officer for the James Larkin centre, and writer in residence to Stoneybatter’s Stoneleaf project, the first community arts gallery in Ireland. After which, she went on to work with special needs children through the Art Squad, in Clondalkin. Returning to Dundalk she opened a mosaic art studio, teaching mosaic in the schools, woman’s aid communities and traveller’s associations in Louth. She is presently engaged in writing short stories as a mental health advocate. Emer completed a degree in business management via Dkit, and outside of the publication of Our Diligent Soul, she also publishing a collection of lyrical poetry called Love, Honour & Negotiate.